A journey of a thousand miles begins with a single step

Sometimes getting Infusionsoft implemented in your business can seem like a journey of a thousand miles. And that’s probably pretty accurate. When you think about all the different aspects of your business that could be automated, and then you layer on top of that creating conditional logic to create more tailored and specific content, and then you consider reporting and tweaking to optimize conversion…yeah, that’s probably a journey of a thousand miles.

The key is not the thousandth mile, or even the first mile.

The key is the first step. And then after the first step, when you still have a thousand miles to go, the next key is the second step. After talking with Joe and Janette, it hit me again the importance of always remembering how important that first step is and to take it. Too often we get caught up in what COULD be.

It doesn’t take forever to get results

Janette went from stay at home mom to Ultimate Marketer Finalist in all of a couple months. I think there’s a myth out there that in order to really get value out of Infusionsoft, there is some wait or time period that must be endured before it will really start to pay dividends.

Janette learned what many other Infusionsoft users have already learned, and that is that a large portion of the results are almost immediate. If you stop and think about it, it makes total sense. You’re going from basically nothing, to a basic process of automation. Naturally the jump from nothing to something is going to produce greater returns than an incremental improvement of something that already exists. Understanding that concept is really only half of this takeaway.

The other half for me was listening to Janette talk about when she was building and implementing. It wasn’t during the middle of a relaxing workday. It was at night, after the kids were asleep, when most people have flipped on the tube. I’m not saying you have to give up your night time routine or favorite show, but if you haven’t adjusted your schedule in some way since you got Infusionsoft to allow consistent time to implement, you’re missing the boat.

That’s like having a totally packed schedule, buying a gym membership, and then never adjusting your schedule to allow time to go. Just paying the membership doesn’t make you healthier, making to time to work out does.

You have to make time, and sometimes that means staying up till 2 in the morning or waking up super early, or putting off something else you want to get done.

Stay tuned for part 2 of my interview with Janette! 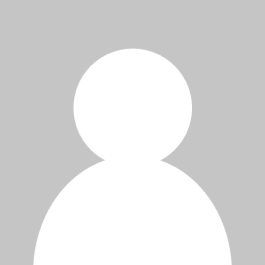