Did you ever see the movie Inception? The one where Leonardo DiCaprio plays the thief that goes into peoples dreams to steal ideas.

There’s a line in that move where DiCaprio’s character discusses ideas, and how they can be “resilient, highly contagious, and almost impossible to eradicate from the brain.”

While I don’t think that is always the case, there are times that I’ve found I’ll have an idea, and it just sticks. When it happens, the idea typically starts small and kind of fuzzy, but it hangs around and I can feel my brain chewing on it in the back of my head.

You ever have that happen? Where somebody says something and it’s almost like they hit you square in the face? And then you find yourself almost in a trance-like state, going through the motions of life, but your brain is still chewing on this idea? And then you start to see it popping up everywhere?

This happened to me 2 weeks ago at Infusionsoft’s big user conference ICON14. If you were there, you remember that they had a pretty impressive line up of speakers. Simon Sinek, Casey Graham, Seth Godin, and then of course, me…. 😉

Today I want to share with you the idea that got planted in my brain at ICON14 and that I’ve been chewing on since. Interestingly enough, it actually wasn’t just one idea, but rather two ideas that seemed to completely contradict each other.

The conference kicked off with Simon Sinek. I’m assuming you’ve seen his TED talk (Start With Why). In that talk, he makes a very strong case for that fact that “People don’t buy what you do, they buy why you do it.”

In his presentation at ICON14, he continued that theme but through different lenses. At the core of his message was still this idea that there are “gut” connections that happen between people, and organizations, and those “gut” connections happen because of similar belief and value systems.

Seth Godin spoke on the second day, and he had a quote that really struck a chord with me. He was talking about our work, and he invited us to be willing to not settle for mediocre. The quote was:

“This is not good enough for the group of people I am trying to please.”

I love that quote. Combine it with Sinek’s message, and this idea starts to form that we should know who we serve and deliver the quality of work they deserve.

Then, just this week I got a newsletter from Shaun Buck over The Newsletter Pros detailing his story about how he just won the 2014 Ultimate Marketer of the Year award from GKIC. In his story he talks about how he had set the goal the year earlier, and then through the year as he was doing work, he and his team would stay focused by asking themselves: “Is this Ultimate Marketer of the Year worthy?”

I love the passion and drive for excellence. I also love the power that comes from getting really clear on why you’re doing what you’re doing (and I’m not talking about your kids, or your spouse, or you dream lifestyle. That’s a totally different why and really an entirely different topic).

I’m talking about really knowing who you’re serving, what they need, and then constantly asking “Is this good enough for the people I’m trying to serve?” Or as Shaun was asking, “Is this Ultimate Marketer of the Year worthy?”

So anyway, I was feeling good about all that, until about 5 minutes later, when Seth throws up a slide with this quote on it:

How is it that I’m going to ensure that what I do is good enough for the people I serve if I’m supposed to ship before it’s ready?

How do I produce work that is “Ultimate Marketer of the Year” worthy, if I have to send it out the door before it’s actually finished?

And my brain has been chewing on that ever since; the apparent dichotomy between “Don’t settle for work that is less than great” and “Ship it now.”

Now, I’ve done a lot since ICON already. On top of the mountain of post ICON follow up with prospects and new clients, I ran a 2-day event at SixthDivision HQ, took my boys camping, my girls had a dance competition, we hired an office manager, etc…

But even with all that, these two opposing ideas have been fighting in the back of my head. And it wasn’t until I went back into my notes from the conference, that it clicked.

I was reviewing my notes from Casey Graham’s talk on Thursday morning, and I saw this line starred, underlined, and highlighted, and the order was restored in the universe (well, my universe anyway).

That reminded me of a great quote by Robin Sharma that I saw recently that says “‘I’m too busy’ just means ‘I can’t say no to the unimportant.'” Yeah, think about that one for a second.

How is it that I can “ship before it’s ready” and at the same time produce that which is “good enough for the people I’m trying to serve?”

By dominating a few things, instead of dabbling in many. By choosing to be disgusted with being “busy” and having the courage to say no to the unimportant. By allowing ourselves to focus our energy on a select few priorities, and crush them.

The winning formula is to do more of less things. Not to do less of more things.

Wherever it is, it’s time for a change.

I’m going to challenge you to just choose just one of them, and make a commitment TODAY to change it.

And I want to know what you chose.

Comment below, and tell me where you are going to ditch busy so you can dominate, and how you’re going to do it.

Can’t wait to hear it.

PS: Head here to read my thoughts on how we feel compelled to be busy, and post your comments below. 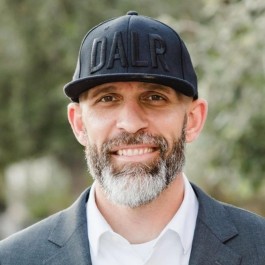