The Sixth Division crew decided to have some fun at Octane Raceway in Phoenix, and things got a little bit competitive.

Before we headed over to the track, we came up with a great idea. We were in the middle of running a contest where we were giving away 25k worth of services, PlusThis, and other cool stuff.  We had a total of four prizewinners and thought it would be really cool to have our racing determine who got first, second, third, and fourth place. So, we decided to assign each Sixth Division team member their own contestant, and the person who got the fastest racing time, would get the grand prize. Unfortunately, we had a problem. There were six of us racing, and only four contest winners. So, we decided to write the names of the winners on separate pieces of paper and put each one in their own envelope. We stuffed the remaining two envelopes with blank pieces of paper, and we took off to the raceway.

Once we arrived, we started out by watching a short 5-minute video about racing safety, what to do and what not to do. Next, we got suited up in our gear, which pretty much just consisted of a head sock and helmet. But for a visual reference, picture us decked out from head to toe, complete with a racing suit and everything. That makes us sound way more legit. We then each drew an envelope before we started racing. We decided to wait to open the envelopes, and film it all happening once the race was over. Then we got to racing. And that’s when it got interesting… Sunglasses were flying…and breaking. Go karts were crashing into walls and spinning out. Flags were being waved.  It got super intense. Okay, maybe not super intense. More like semi-intense. All because we knew that we were deciding the fate of others. No pressure, right? The race was done, and we got our results.  We knew where we placed, but we didn’t know whose names our envelopes contained. Long story short, we had our winners. We opened our envelopes, and our first and second place racers both had…blank pieces of paper.  Go figure.  So, our contest winners were essentially determined by the losers. 😉 In case you missed it, check out the video we put together.

And a HUGE congrats to our Grand Prize Winner, Sarah, from Buttoned Up, Inc.! 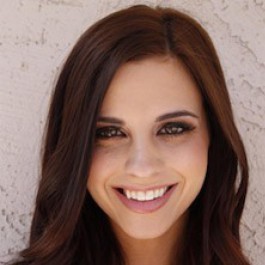